Available, ready for shipment 1-3 days after receipt of payment

Birdie's Nest LED by Ingo Maurer is a new version of the Birdie's Nest luminaire, specially designed for low ceiling heights. The ten LED light sources with low energy consumption emit a warm white light and thus provide a pleasant room atmosphere. Ten winged illuminants strive apart on tinned copper rods with transparent cables. A poetic play of light by Ingo Maurer, as if a swarm of light bulbs with white wings were flying into the room. The user becomes a co-designer, as he or she bends and stretches the rods into their final position.

The LED light bulbs are produced exclusively for Ingo Maurer GmbH and can only be used in LED models of the Birds family. The luminaire is not suitable for rooms with high humidity. Recommended dimmer: Govena PROI-250-LT-LED for 230V ± 10% 50Hz.

The light bulb with wings, presented for the first time in 1989 in the exhibition Lumière Hazard Réflexion in the Fondation Cartier, was not only a stroke of design genius, but also became Ingo Maurer's trade mark. It made a considerable contribution to the oft-quoted image of the "poet of light". 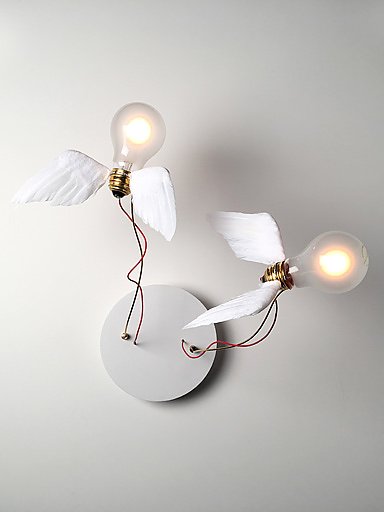 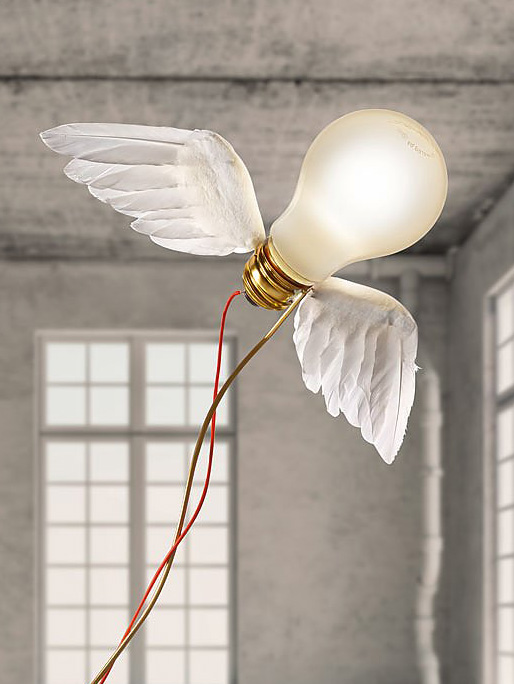 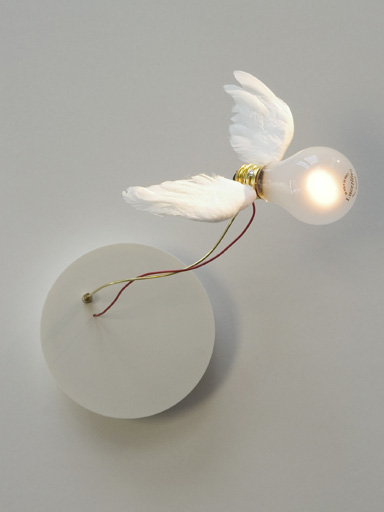 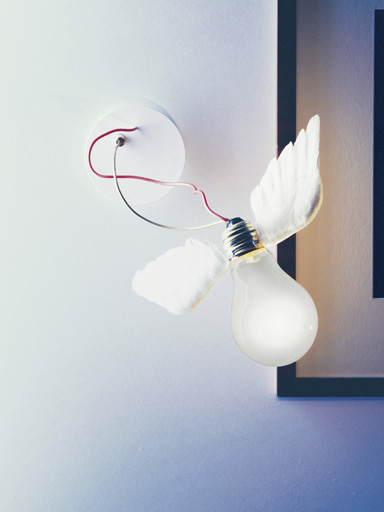 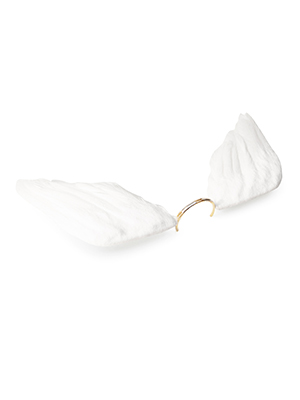 Pair of wings for Birdie family 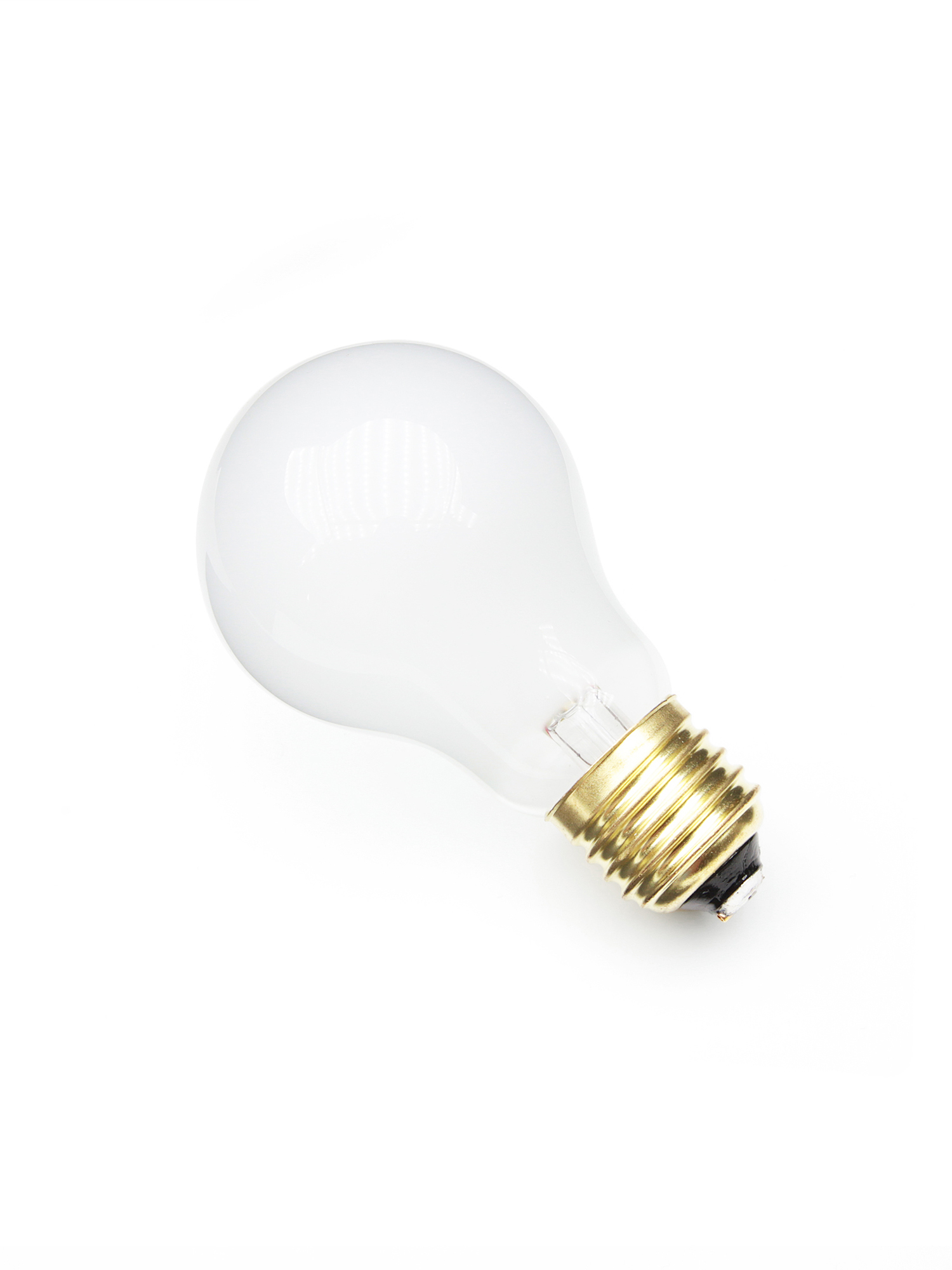