Available, ready for shipment 1-3 days after receipt of payment.

Luminophor by Ingo Maurer is magic with blue light: The blue light of the LED module is converted into white light by the laminated disk. The glass lens that disperses the emitted light glows blue. Underneath the disc, though, the light colour is warm white (3000 K). The sideways and upward light appears blue (4500 K). Luminophor demonstrates the way LEDs function: on the light-emitting diodes themselves, there is a disc made of special metal, which converts the colour. When the light is turned off the disc at the top appears yellow.

Like many models in the collection, Luminophor is height-adjustable by means of a simple filigree mechanism. Luminophor can be dimmed using a TRIAC dimmer. A list of suitable dimmers can be found in the operating instructions. This luminaire is no longer in production and will thus soon become an Ingo Maurer classic. 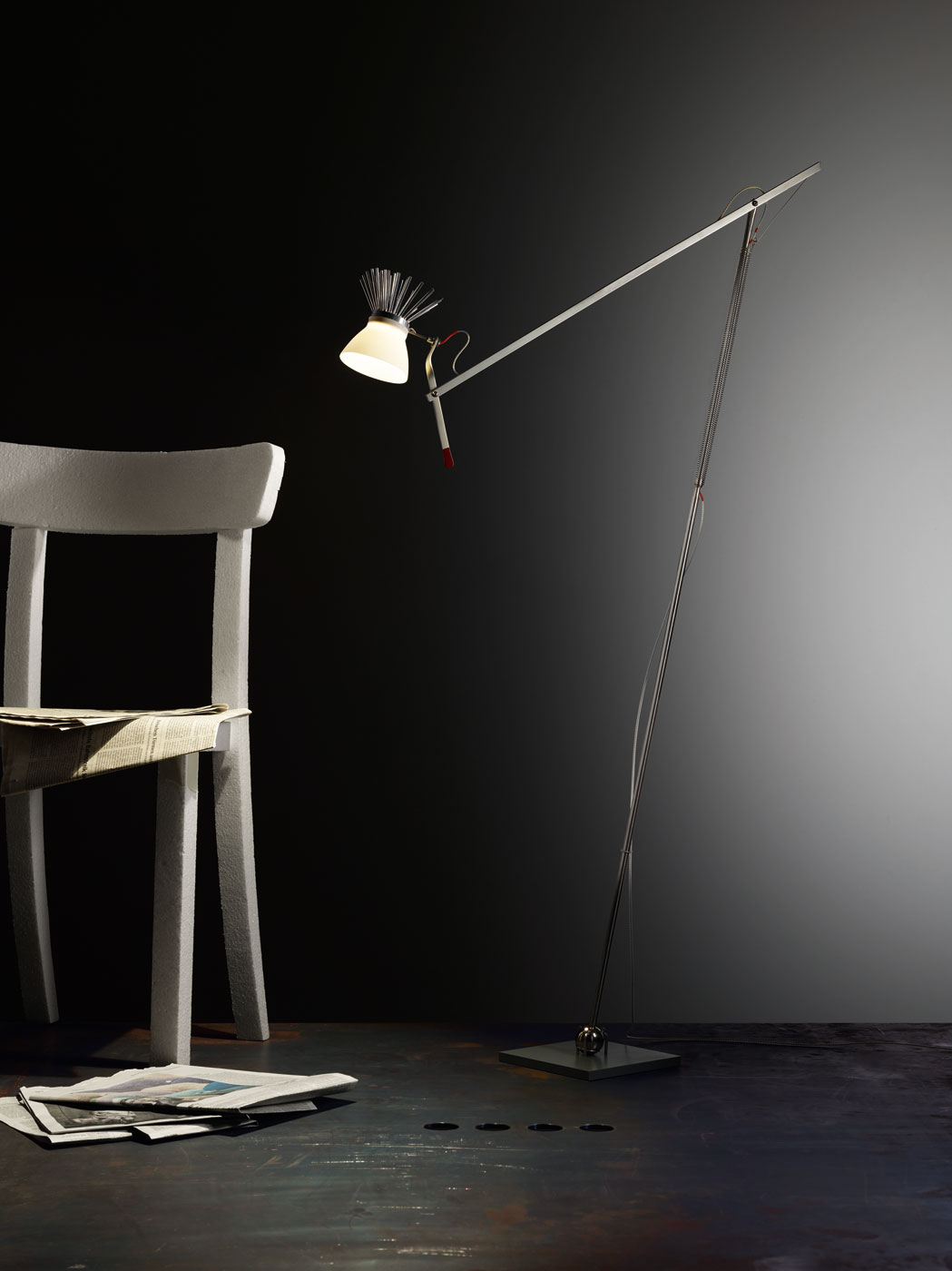 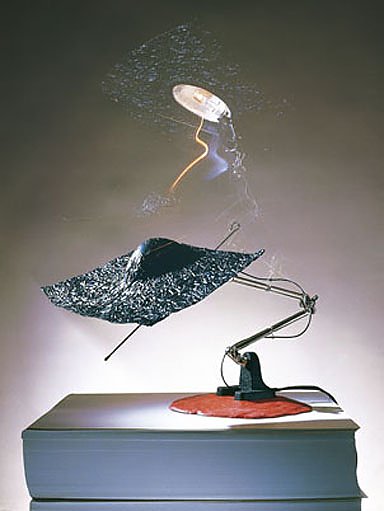 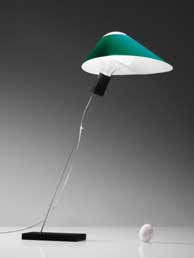 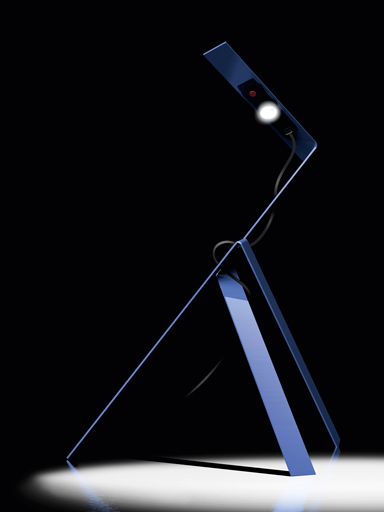 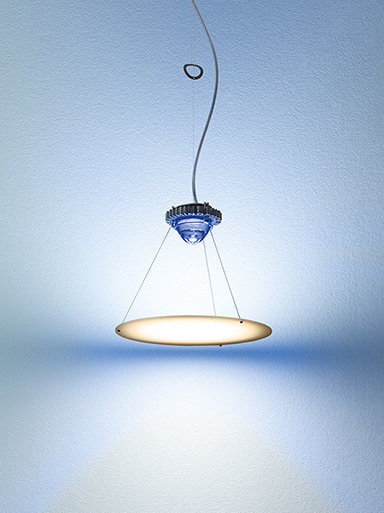 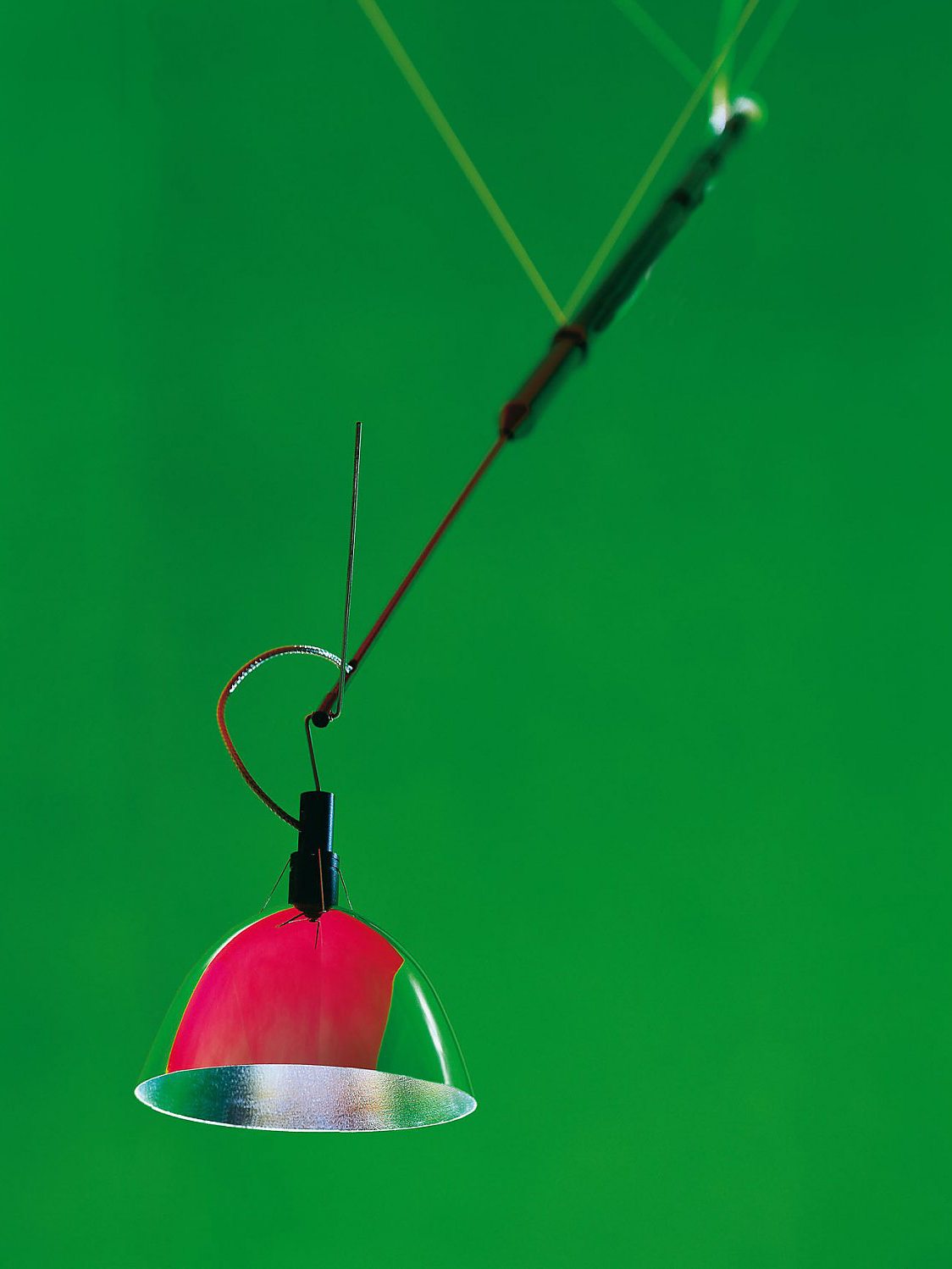 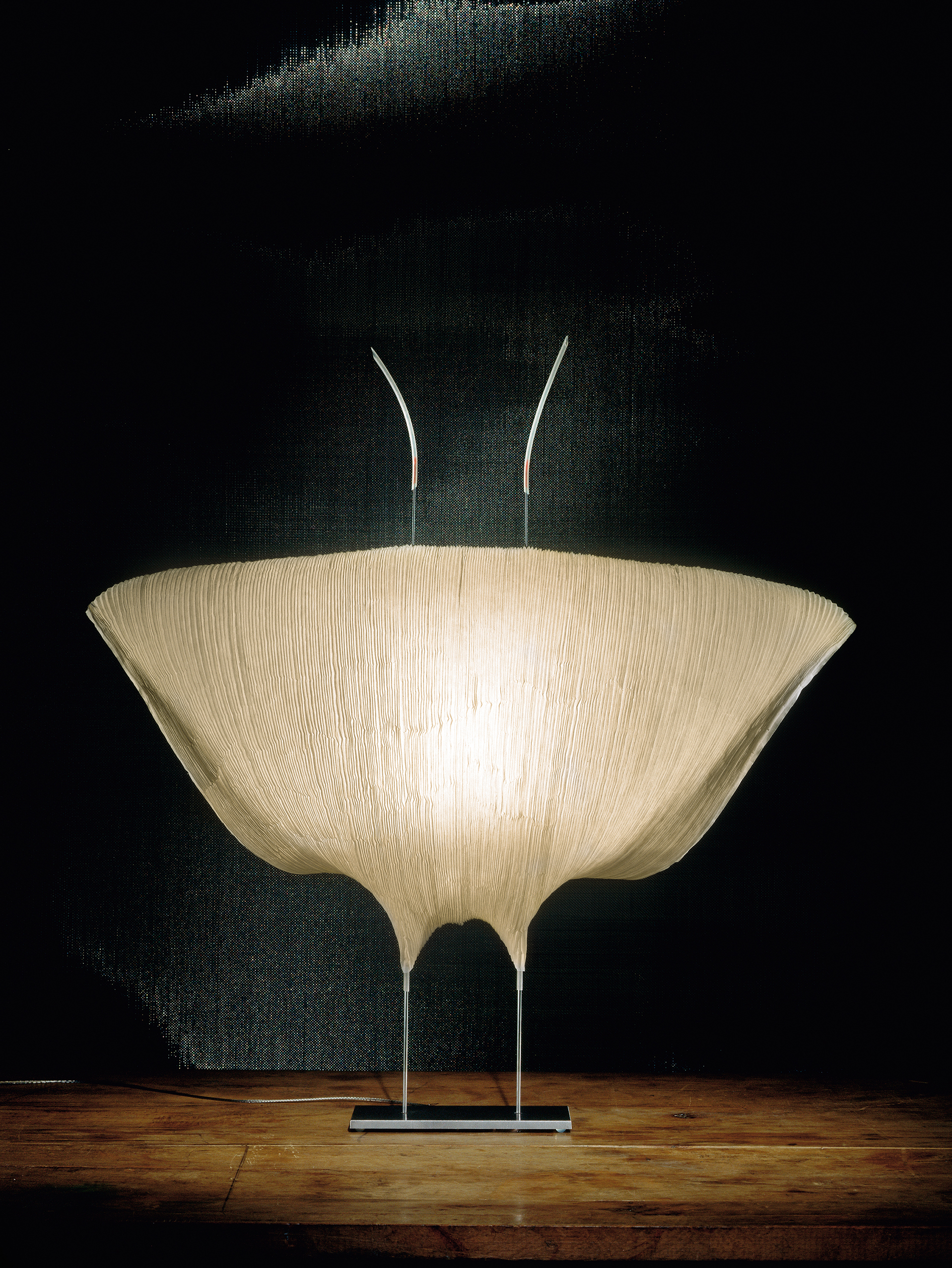 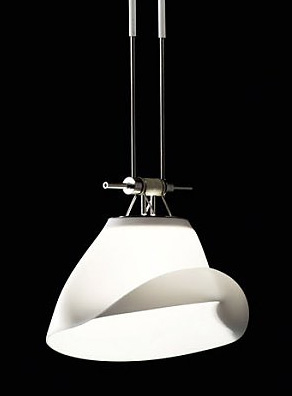 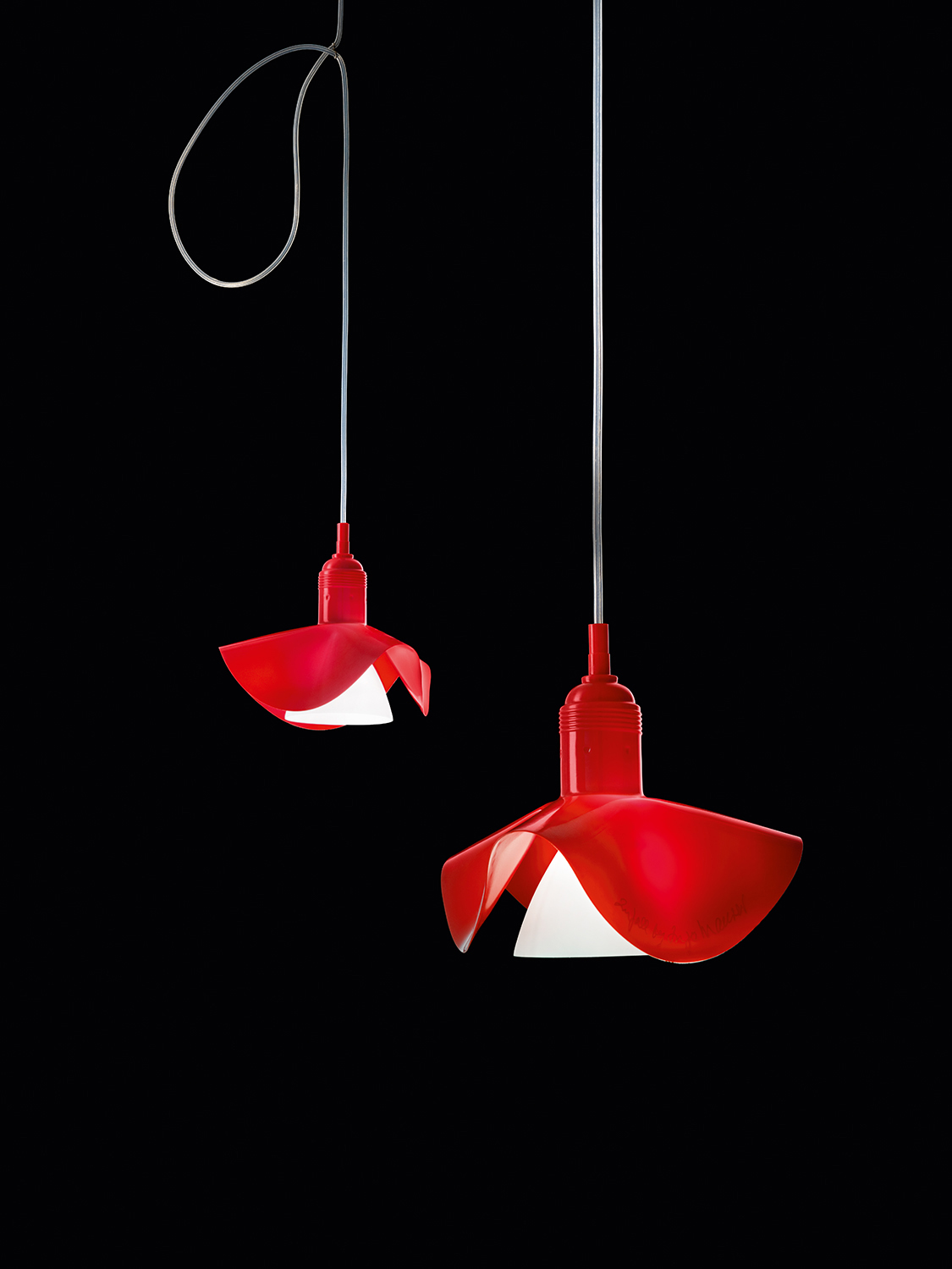 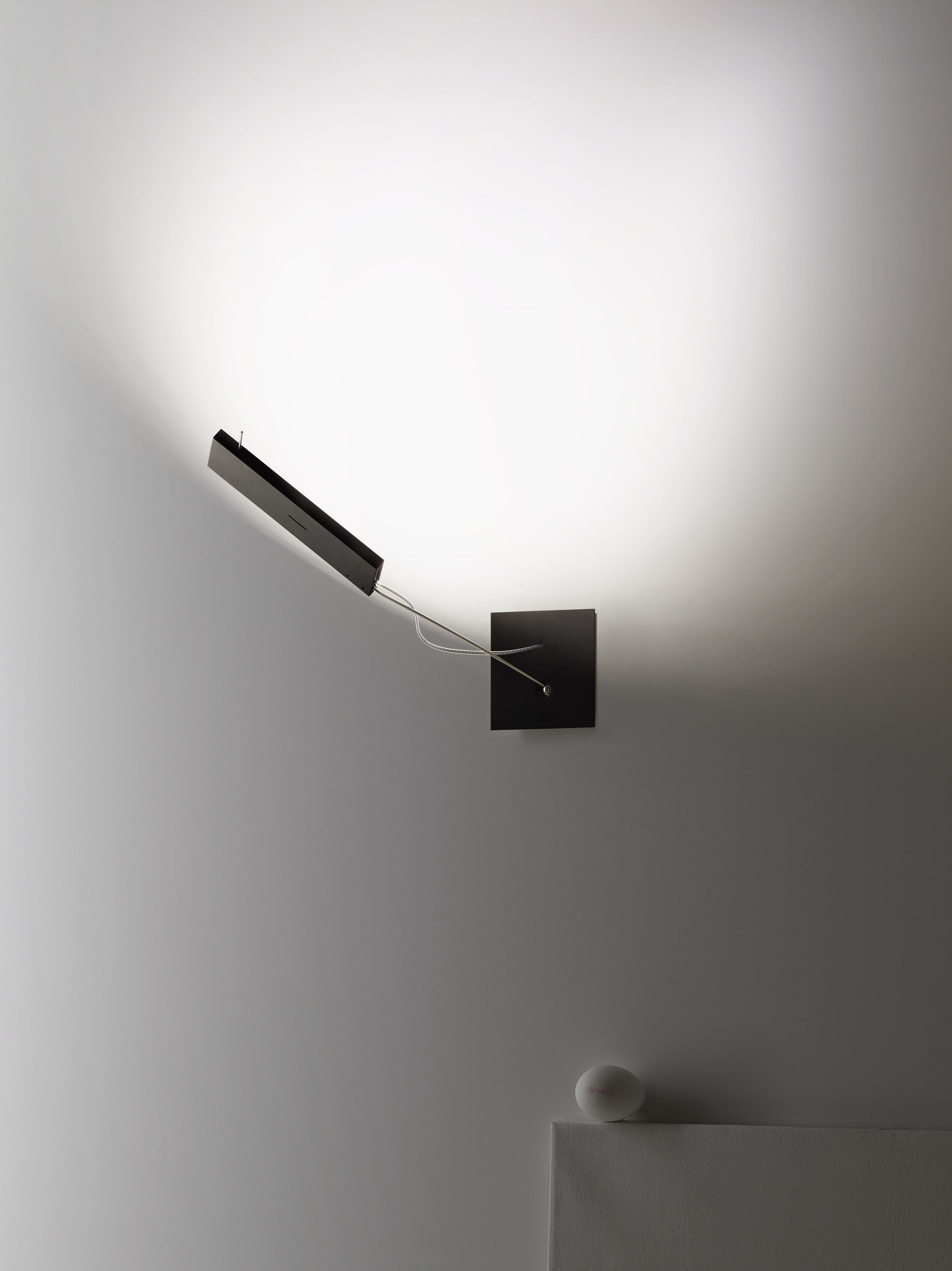